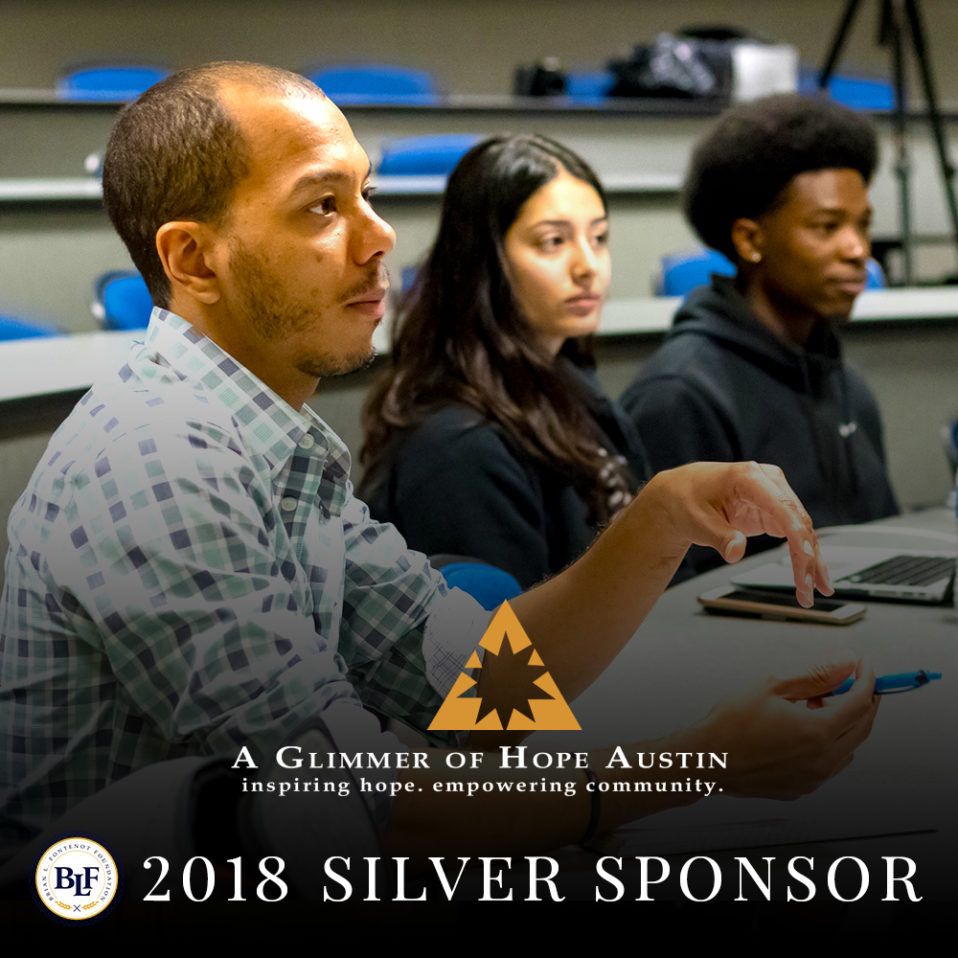 Every year A Glimmer of Hope Austin (AGOH) grants up to $20,000 each to local nonprofits. These grants are social seed capital for innovative programs that support our Austin communities.

The BLF Foundation is honored to be an awardee of the AGOH Austin grant, joining the AGOH family of grantees. We are thankful to Phillip, Donna, David, Salwa, and team for their investment in our mentorship program to help low-income, first generation students receive professional development to help them successfully graduate college and become leaders in communities and careers!

About A Glimmer of Hope Foundation

In 2000, husband and wife team Philip and Donna Berber founded A Glimmer of Hope Foundation to tackle issues of water sanitation, health care and education access in one of the world’s poorest countries, Ethiopia. Philip Berber had recently sold his online trading company CyBerCorp to Charles Schwab Corp. and the couple decided to set up an endowment for international development.

In 2003, while deeply devoted to their work in Ethiopia, the Berbers recognized the need within their own community of Austin, where nearly one in five residents live in poverty. In particular, they saw the potential of empowering innovative grassroots nonprofits that were already taking initiative and often using money from their own pockets to provide much needed services to the underserved in their communities. A Glimmer of Hope Austin (affectionately called Glimmer Austin) was born with a commitment to support these startup groups. Since then, Glimmer Austin has distributed over $5 million in grants. Our team has sourced, done the due diligence, mentored and groomed over 140 nonprofits and programs – benefiting nearly 100,000 Austin residents.

BLF Foundation was created to retain, develop, and graduate college students increasing the number of future leaders in careers and communities.

Your ticket for the: New 2018 Silver Sponsor: A Glimmer of Hope Foundation